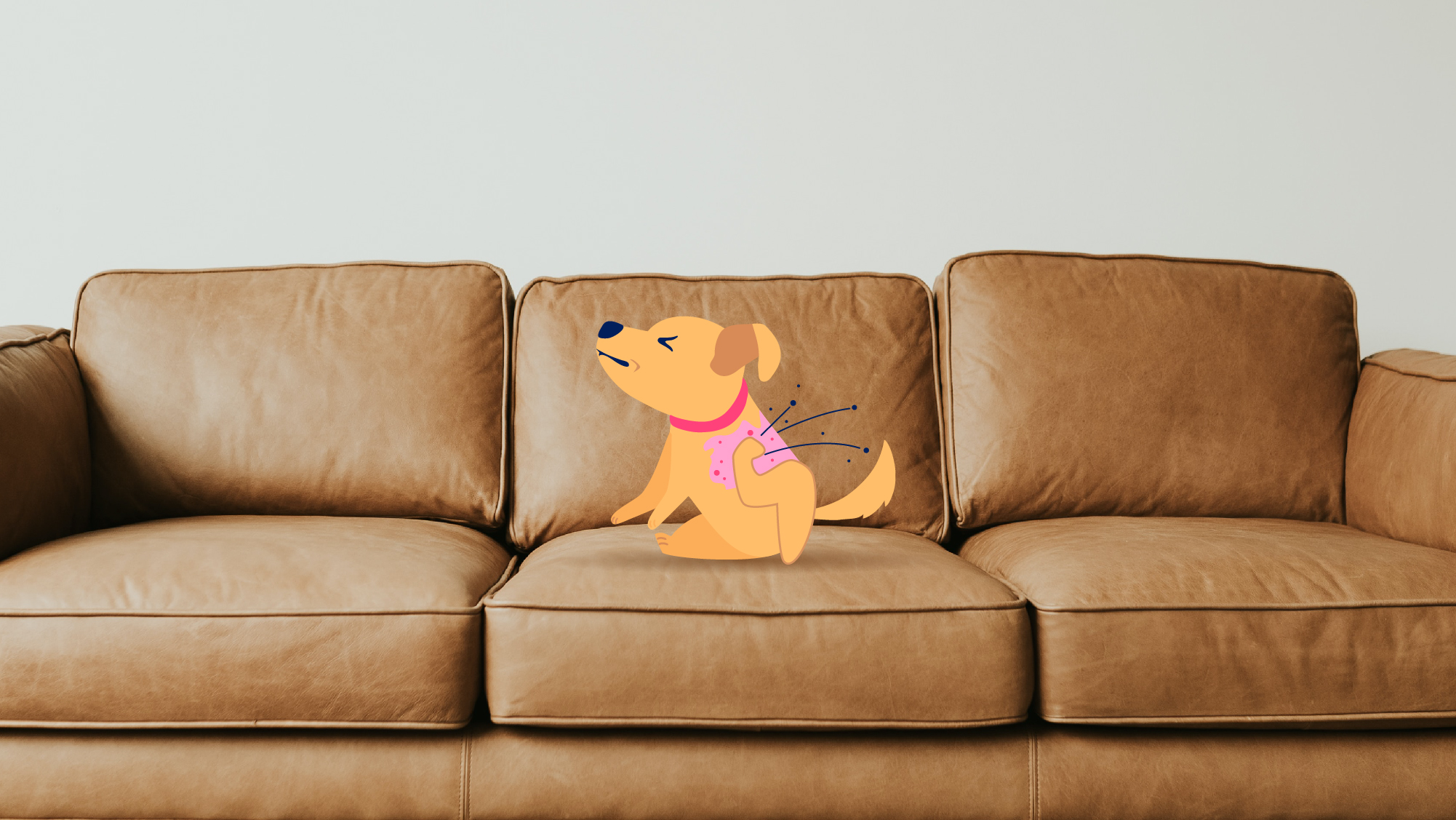 Bringing a new puppy home is an exciting time but there is a lot to learn and you are bound to have several questions, particularly about your puppy’s health. Puppy pyoderma is a relatively common condition of puppies that hopefully shouldn’t cause you too much worry.

What is Puppy Pyoderma?

Puppy pyoderma is a mild skin infection that is most frequently seen in puppies and adolescent dogs. It usually occurs on areas of the body where there is less hair, for instance, the belly, the armpits, the groin, and the chin. Puppy pyoderma usually remains localized and doesn’t spread to other areas, or penetrate any deeper into the skin. It is rarely serious and usually clears up without any long-lasting effects. Puppy pyoderma treatment is usually unnecessary.

Puppies are more prone to skin infections because their immune system isn’t fully mature so they are less able to fight infection. Puppies also have more sensitive skin than adult dogs do, because their skin barrier is still developing.

All dogs have bacteria living on their skin surface and this is completely normal. Most of the time, these bacteria do not cause any harm. Sometimes, however, these bacteria can start to grow out of control and multiply. This is usually due to a puppy’s weakened skin defenses and there is no specific known cause, but it can sometimes occur when the skin is irritated by environmental factors such as an abrasion or contact with a chemical irritant.

One of the most common types of bacteria found on the skin of all healthy dogs is Staphylococcus intermedius and this is usually the type of bacteria that can result in puppy pyoderma.

What are the Symptoms of Puppy Pyoderma?

Puppy pyoderma symptoms can vary but it usually manifests as raised red skin bumps. These are referred to as papules and sometimes just look red but often they look like spots with a yellow head of pus, like a whitehead seen on human skin.

You may also notice red flaky circular areas of dry skin in the same location as the papules. These are referred to as epidermal collarettes and are formed where old papules have begun to heal.

Puppy pyoderma is usually not itchy or painful and will often be localized to a single sparsely-haired area on the body. Occasionally a puppy might be mildly irritated by puppy pyoderma but they often show no other symptoms and remain otherwise healthy with a normal appetite.

How is Puppy Pyoderma Diagnosed?

Often, no tests are required and your veterinarian will diagnose puppy pyoderma after they have examined your puppy. Occasionally, if your puppy’s pyoderma isn’t resolving on its own, or it’s getting worse, then your veterinarian might suggest further diagnostic tests such as taking a skin swab for culture and sensitivity.

This involves wiping a long cotton bud over the affected area to collect bacteria. This is grown in the laboratory to identify which type of bacteria is present. Different antibiotics can then be tested on the bacteria to see which ones are most effective at killing them. Antibiotics are rarely required for puppy pyoderma but if they are, this testing will help your veterinarian decide which one will be best.

If your veterinarian suspects that your puppy might have a different type of skin condition that may not be puppy pyoderma, they might suggest other diagnostic tests such as hair plucks or skin biopsies.

Puppy pyoderma usually clears up on its own without requiring any treatment. This can sometimes take a couple of weeks or more, but as long as your puppy isn’t bothered by it, your veterinarian will probably just recommend that you monitor the area. It can sometimes be helpful to gently bathe the area in salty water a couple of times a day.

Puppy pyoderma isn’t contagious, so no special precautions are required either. Sometimes, your veterinarian might suggest using an antibacterial wash or antibiotic cream on the area.

Very rarely, if your puppy’s pyoderma isn’t clearing up, or if it is very itchy and starts to affect deeper layers of the skin, your veterinarian might prescribe oral medications such as antibiotics or steroid tablets.

Never use any human creams or ointments on your puppy’s skin without checking first with your veterinarian. This is because puppies have very sensitive skin and the problem can easily be made worse by using a human product, even if it claims to be used on sensitive skin, or is used for babies.

How Can I Prevent Puppy Pyoderma?

Puppy pyoderma is often just one of those things that a puppy can get and there isn’t a known cause. However, there are several ways in which you can help reduce your puppy’s risk of developing puppy pyoderma. Keep your puppy’s skin clean, particularly the areas with less hair. Refrain from using any products that aren’t meant for puppies, such as human shampoo. Keeping your puppy up to date with their flea and tick treatment will help to reduce any skin irritation from parasites.

Be sure to feed your puppy a good quality diet that is specially designed for puppies as this will help their immune system to develop properly and can also help them to maintain a healthy skin barrier. Remember, puppy pyoderma isn’t contagious so your puppy cannot catch it from another dog, and if your puppy has pyoderma, they can’t pass it on to another puppy or dog either.

When Should I Take my Puppy to the Vet?

If your puppy just has a few small spots and they don’t seem to be irritating her, then you can choose to just monitor the area, as they will likely clear up on their own without any further intervention. If, however, the rash is getting worse or is irritating your puppy, or your puppy seems unwell in any way, then you should take her to the veterinarian to get her checked out. If you do not already have a veterinarian for your puppy, then check out Better Vet to find a veterinarian near you.

No, puppy pyoderma is usually a mild rash that clears up on its own after a few days. It doesn’t usually cause irritation and it won’t make your puppy unwell.

What should I do if I think my puppy has puppy pyoderma?

If you have noticed a rash on your puppy that appears to be mild and isn’t causing your puppy any distress, then you can just monitor it for a few days to see if it clears up. If this isn’t the case, or the rash is getting worse, then you should take your puppy to see a veterinarian. 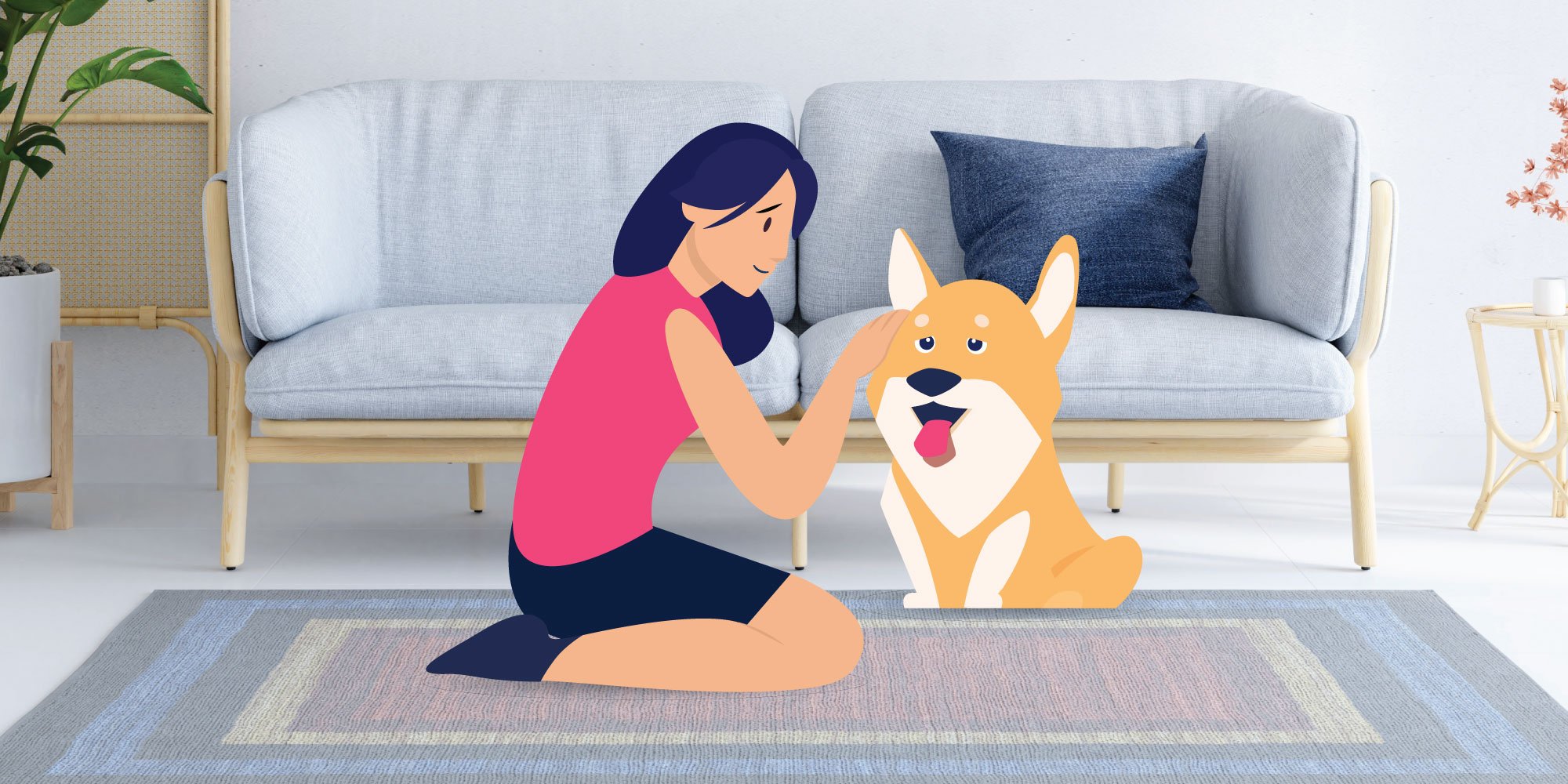 How to Calm a Panting Dog 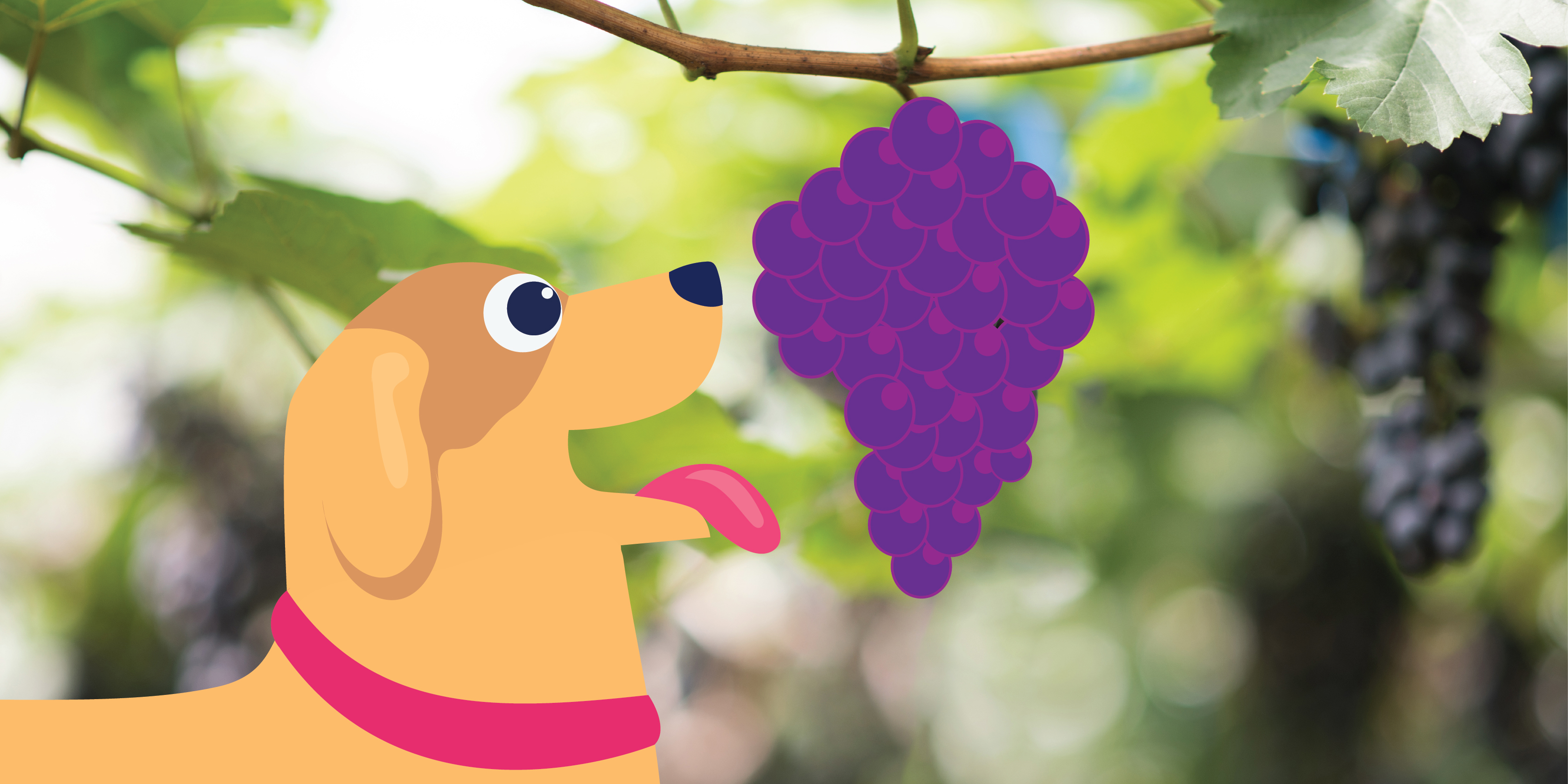 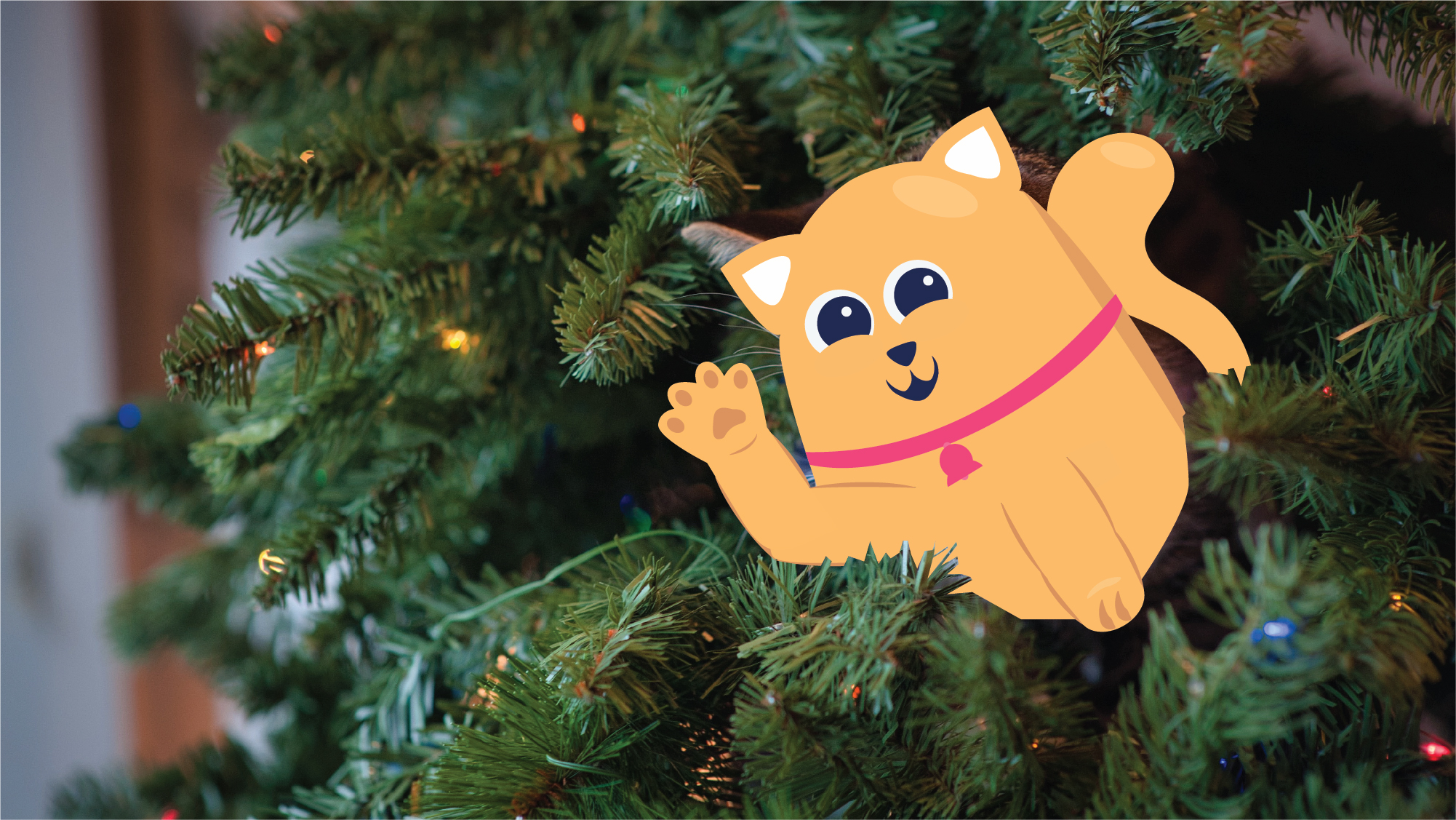 How to Cat Proof a Christmas Tree