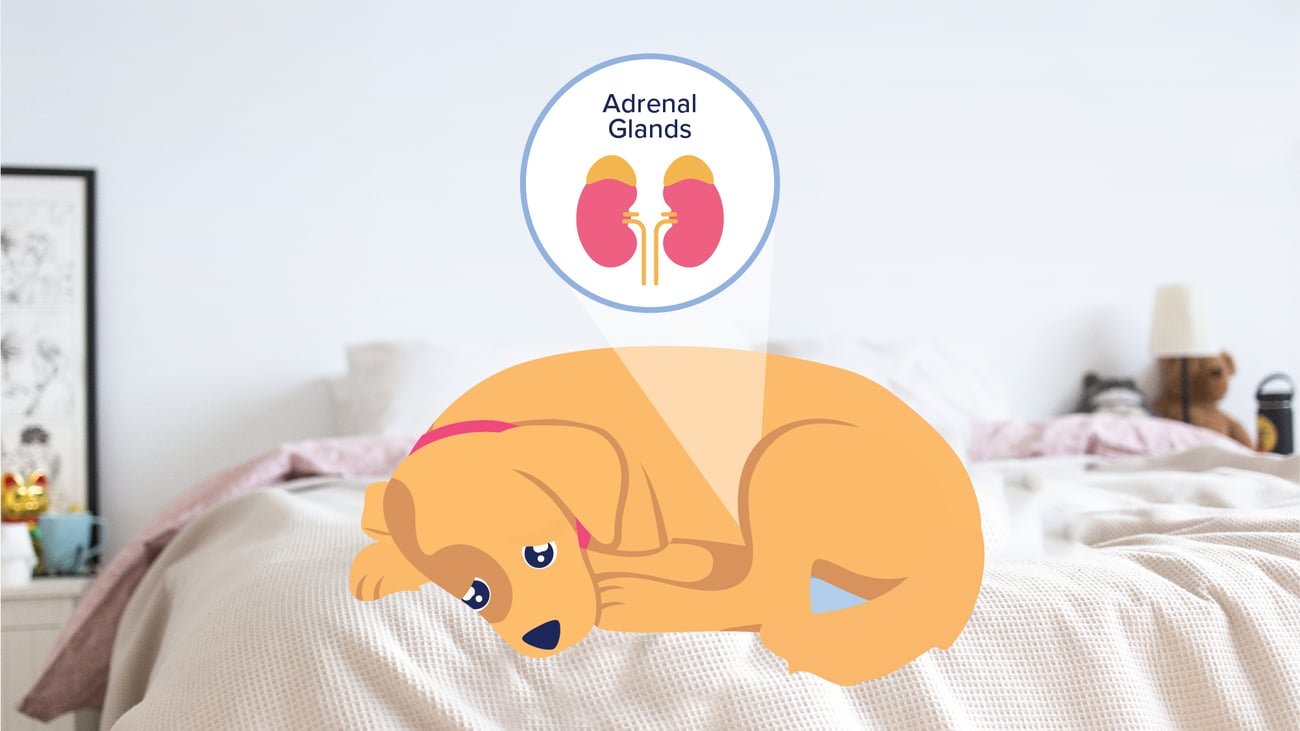 If you are reading this article, perhaps your dog has recently been diagnosed with Addison’s disease, or you are buying a new puppy whose breed is at an increased risk for developing the condition. Maybe you just like to learn about pet health. Whatever the reason, this article will tell you everything you need to know about this complicated hormonal disorder.

What is Addison’s Disease in Dogs?

Addison’s disease also referred to as hypoadrenocorticism, is a condition where the body underproduces some vital types of steroid hormones. As people, we most commonly associate steroids with extreme bodybuilders in the gym but did you know there are many different types of steroids, and some are vital to life? Addison’s disease results from an underproduction of two particular hormone types; glucocorticoid, a precursor to the stress hormone cortisol, and aldosterone, a mineralocorticoid hormone vital for balancing the essential electrolytes sodium and potassium. These electrolytes have roles in everything from nerve function to water balance. The adrenal glands, located by the kidneys, produce both of these hormones. An animal affected by Addison’s may underproduce either one of the hormones or, more commonly, underproduce both.

What Are The Causes of Hypoadrenocorticism?

In dogs, the main reason for developing hypoadrenocorticism is thought to be due to the immune system attacking and destroying the tissue of the adrenal glands. This tissue destruction means the glands can no longer function properly to produce the hormones as needed. Other less common causes include tumors of the adrenal glands, infections, or traumatic damage. Rarely the medication used to treat Cushing’s disease (an overproduction of steroid hormone) can lead to Addison’s disease developing.

“Secondary hypoadrenocorticism” is a form of Addison’s disease that develops due to issues outside the adrenal gland and can occur for several reasons. The first is due to problems within a gland in the brain called the pituitary gland. The pituitary gland serves a vital role in hormone regulation within the body. Issues such as pituitary gland tumors can lead to hormone dysregulation. This is very rare. Secondary hypoadrenocorticism more commonly occurs if your dog has been taking steroid medications for another condition and these are stopped abruptly. This is usually temporary but can be life-threatening, so always follow your veterinarian’s advice to taper your pet’s steroid medication.

Which Dogs Are Most At Risk From Addison’s Disease?

Although any breed may be affected, some are more susceptible to Addison’s than others. These breeds include:

The disease most commonly presents in young to middle-aged dogs.

What Are Some of the Signs of Addison’s Disease in Dogs?

Addison’s usually presents with very vague signs such as lethargy alone. Other clinical symptoms that may suggest Addison’s disease include:

These signs are “non-specific,” as many diseases can cause them. This is why Addison’s disease can be challenging to diagnose.

Usually, dogs with Addison’s have vague, waxing, and waning signs but occasionally, they may present in a life-threatening state termed an “Addisonian crisis.” They can be extremely weak or collapse and may have severe vomiting and dehydration. The alterations in their electrolyte levels can also lead to heart rhythm abnormalities or even cardiac arrest. Dogs with suspected Addisonian Crisis require immediate hospitalization for supportive care and diagnostic investigations as this condition can be rapidly fatal.

How Will My Veterinarian Diagnose Addison’s Disease?

Diagnosis of hypoadrenocorticism relies on a combination of your pet’s medical history alongside comprehensive blood and urine testing. These assess organ function and check your pet’s electrolyte levels. Notably, these tests may be normal in some dogs with Addison’s, which can sometimes make reaching a diagnosis more challenging. Definitive testing is via a two-stage blood test called an “ACTH stimulation test.” Sometimes other blood tests or imaging studies, such as X-rays, ultrasounds, or rarely MRI scans, are needed to get to the root of your dog’s medical signs. Your veterinarian can advise why they are making the test recommendations for your dog during your consultation.

How is Addison’s Disease in Dogs Treated?

The treatment your dog needs will depend on how poorly they are when they present to the clinic. If your pet is clinically stable, they may be started on treatment (see below) and managed as an outpatient. However, some dogs with Addison’s will present in a life-threatening state and require hospitalization for a drip and intravenous medications to stabilize their blood pressure and electrolyte levels.

Once your pet is stable, long-term treatment of Addison’s Disease follows a two-pronged approach:

An injectable medication, “desoxycorticosterone pivalate” (trade name of Zycortal® or Percoten®-V), is the first line therapy option for most dogs with Addison’s Disease. It is generally given every 28 days, but this varies widely from dog to dog. Several months of blood testing to check your pet’s electrolyte levels will be needed to find their ideal dose and dose frequency. Desoxycorticosterone pivalate replaces the mineralocorticoid hormone and is given alongside a glucocorticoid, stress hormone, and tablet. A small subset of dogs only require stress hormone replacement.

Most causes of Addison’s disease result in a dog having the condition lifelong. Typically, dogs can manage their day-to-day life well with this medication combination and have an excellent quality of life. However, stressful situations can cause problems for them. Therefore, any dog diagnosed with Addison’s should ideally be kept away from stressful environments. If this is unavoidable, for example, you need to put them into kennels to go on holiday, and speak to your veterinarian. They may advise adjusting your pet’s medication dose. Never change your dog’s medication without your veterinarian’s guidance.

Addison’s disease in dogs can be tricky to diagnose due to its often vague presentation and waxing and waning nature. However, once a diagnosis has been obtained, your dog can be expected to live a happy, relatively normal life with lifelong medication. If you a worried your dog has Addison’s, then chat to your veterinarian for advice.

Is Addison’s disease fatal in dogs?

If left untreated, Addison’s disease can be fatal in dogs.

What is the typical life expectancy of a dog with Addison’s disease?

Without treatment, Addison’s disease can sadly be fatal for dogs. However, with proper treatment, a dog with the disease can be expected to have a normal life expectancy.

What are the symptoms of Addison’s disease in dogs?

The signs of Addison’s disease in dogs can be vague and intermittent. Dogs may present with lethargy, vomiting, diarrhea, increased thirst, or urination. Some dogs will lose weight. Episodes of shaking and weakness are possible. In rare cases, dogs may present in a life-threatening state of collapse called an “Addisonian crisis.” 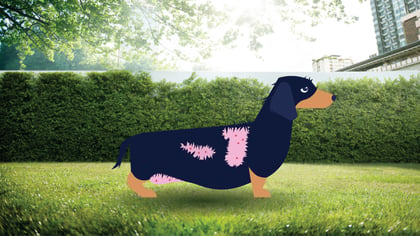 Whenever you've got a poorly pooch it's a real worry, and you're bound to have lots of questions...
By BetterVet Team
Pet Symptoms
3 min read 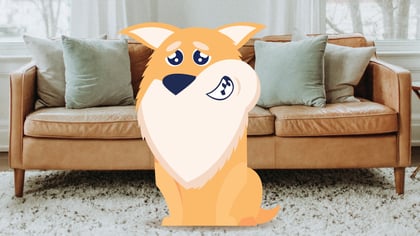 What Causes Dog Tooth Decay & How to Treat

Have you noticed that your dog’s breath isn’t smelling quite so sweet and that their teeth are...
By BetterVet Team
Pet Health Care
5 min read 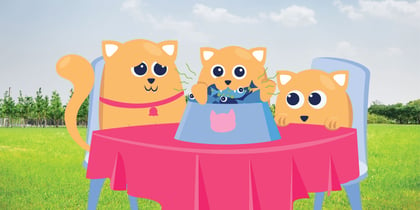